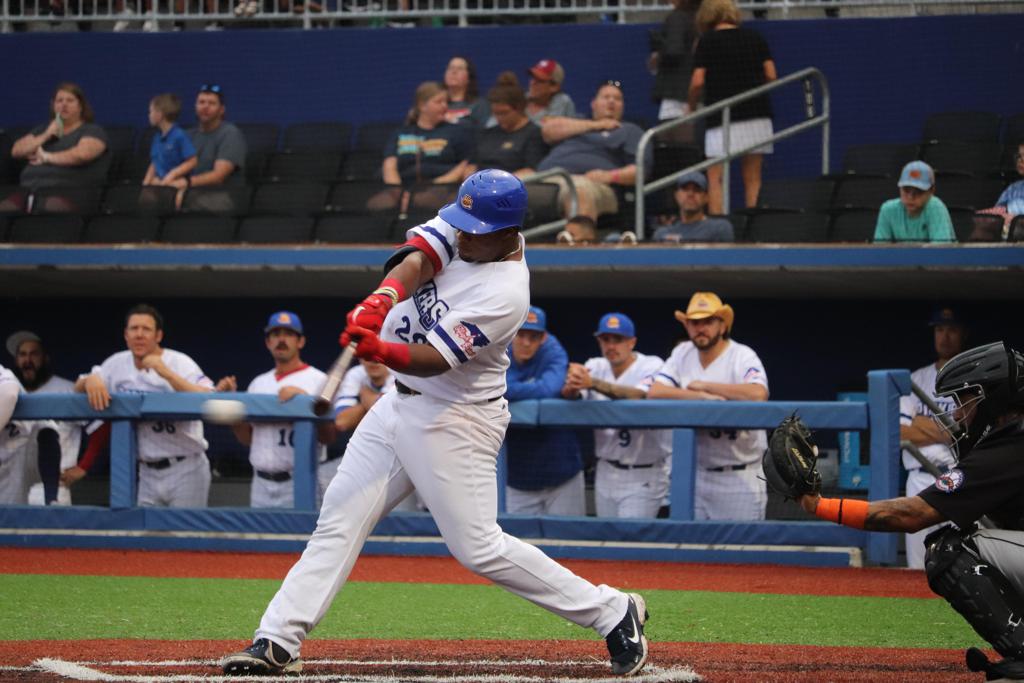 Gastonia, N.C.- The Gastonia Honey Hunters offense exploded in the early innings and they defeated the High Point Rockers 9-4 on Saturday Night at CaroMont Health Park.

The Rockers offense picked up right where they left off the night before by scoring three runs in the first inning off Gastonia starter Sam Burton (4-7). With a runner on base, Jerry Downs launched his 19th home run of the year. Quincy Latimore followed with a solo blast of his own that landed in the parking lot over the left field wall, giving the Rockers a 3-0 lead.

Gastonia would grab four runs in the bottom of the inning, After two runs had already come across, Emmanuel Tapia launched a two-run home run over right field to give the Honey Hunters a 4-3 lead, a lead which they would not surrender.

In the third inning with two runners aboard, Honey Hunters slugger Joshua Sale launched a ball deep into centerfield that seemingly caromed off the wall. Sale sped around the bases for an apparent two-run triple, but the umpiring crew got together and decided the ball had crossed over the yellow line marking a home run on the centerfield fence. That would give Sale his 30th home run of the season, and would result in the ejection of Rockers starting pitcher Tommy Lawrence (10-3) who took umbrage at the ruling.

The Rockers would get on the board one final time in the top of the 4th inning on Stephen Cardullo’s 14th home run of the year, a solo shot to lead off the inning. Gastonia would respond with three runs off Rockers reliever Joey Hennessey to build their lead to 9-4.

The Rockers loss dropped them one game behind West Virginia in the South Division following the Power’s 6-4 win over Lexington today. With Southern Maryland’s loss, the Rockers maintained their 2.5 game advantage for the wild card spot should the Long Island Ducks repeat as division champions in the second half.

The Rockers and Honey Hunters face off for the final time this year tomorrow at 4:50 pm from CaroMont Health Park. The Honey Hunters will send Austin Glorius to the mound, while the Rockers will counter with lefty Bryce Hensley.