Rockers Fall One Game Back With Loss To Power

Rockers Can't Hold On To Late Lead In Charleston 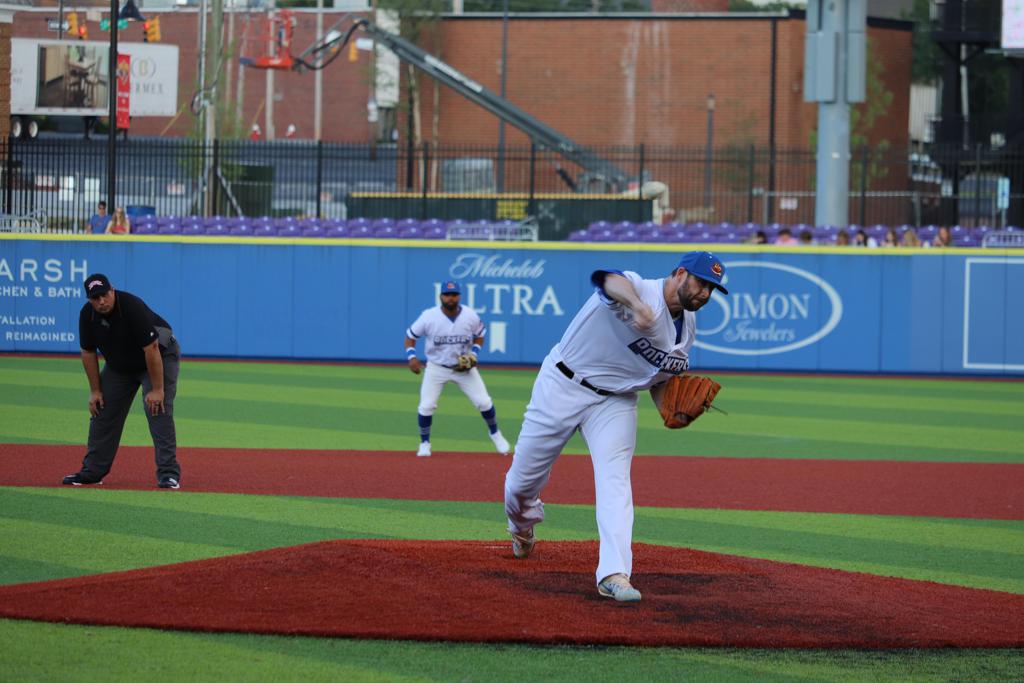 Craig Stem was remarkable for five innings after sitting through a rain delay in the first inning.

After West Virginia starter Elih Villanueva retired the Rockers in order in the top of the first inning, Craig Stem toed the rubber for High Point and retired Teodoro Martinez on six pitches to begin the bottom of the first. As Alberto Callaspo walked to the plate, a wall of rain entered the ballpark over the right field wall, prompting home plate umpire Greg Losh to clear the players from the field.

Following the two hour rain delay, Stem returned to the mound, walking Callaspo before striking up the next two batters to end the inning. For the night, Stem was masterful for five scoreless innings, allowing only three hits and walking three while striking out four.

High Point got on the board in the third inning when Jared Mitchell, who reached base on an error, came around and scored from second base on a single from Michael Russell. The RBI marked the 10th RBI for Russell in the series. They doubled their lead two innings later in the fifth when Jerry Downs reached via a Jimmy Paredes error and would score on a double by Stephen Cardullo.

Joey Hennessey came on in relief for the Rockers in the sixth and Olmo Rosario connected on a one out home run to put the Power on the board, cutting the Rockers’ lead to 2-1. In the eighth inning, facing Rockers reliever Huascar Brazoban (0-1), the Power mounted their final rally. Rymer Liriano reached on an infield single that was knocked down brilliantly by Rockers second baseman Michael Martinez (who celebrated his 39th birthday today), but the throw to first was late. Rosario followed with a bloop single and pinch-hitter Francisco Arcia singled in Liriano to tie the game. With runners on the corners, Power catcher Yovan Gonzalez bounced into a double play, scoring Rosario and giving the Power a 3-2 advantage, which they held on to for the win. The win propelled West Virginia to sole possession of first place in the South Division, now one game ahead of the Rockers.

The Rockers travel to Gastonia on Friday, September 17th to take on the Honey Hunters for a three game weekend series. The first pitch of Friday’s game is scheduled for 6:50 pm.