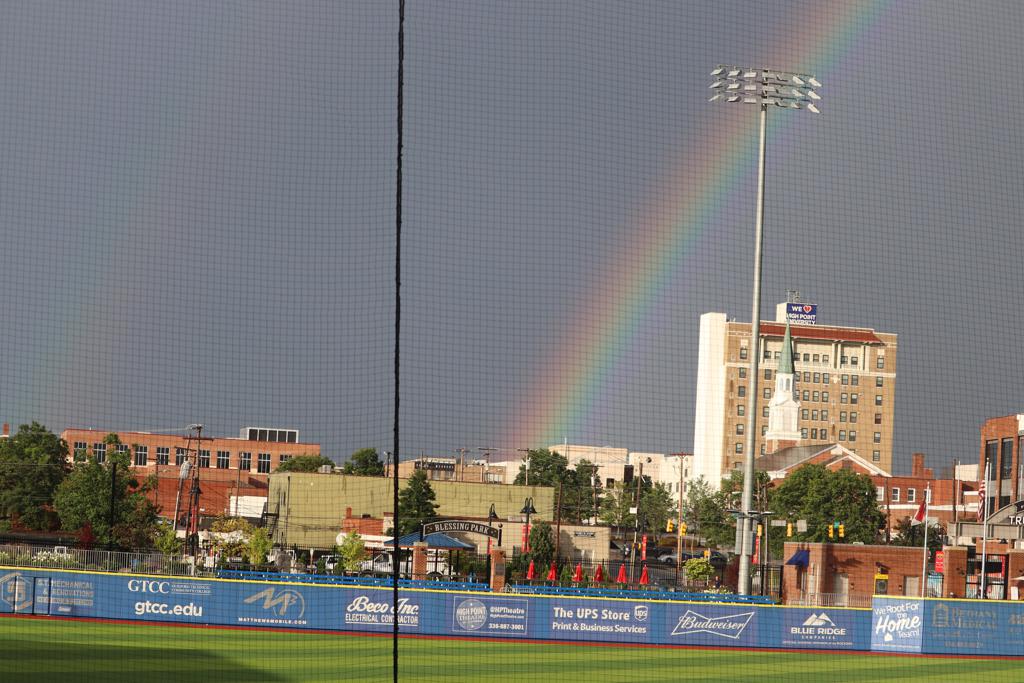 Casad improved to 3-0 on the year by striking out six and allowing just a first inning single.  After walking the lead-off man in the second inning, Casad retired the last 18 men he faced.

Russell set the club record and became the first Rocker with five hits in a game.  Tonight’s performance is a continuation of the hot month Russell is experiencing.  In 11 games in July, Russell is hitting .535.

High Point got to Gastonia starter Jailen Peguero right from the start of the game.  Johnny Field led off with a single and Russell followed with an infield single that sent Field to third.  Cardullo hit a sacrifice fly for the Rockers’ first run.  Following a Jerry Downs single, Jared Mitchell and Adam Taylor each delivered RBIs to put High Point up 3-0.

The Rockers chased Peguero in the second when Giovanny Alfonzo led off the second with a single, Field walked and Russell delivered an RBI single.  High Point added another run on a ground out by Cardullo that scored Field.

In the third, the Rockers added two more runs on a sac fly by James McOwen and an RBI single by Alfonzo.

Cardullo blasted his fifth home run of the year, a three-run shot in the sixth, that put the Rockers up 10-0. McOwen added another sacrifice fly in the sixth to conclude High Point’s scoring barrage.

The Rockers and Honey Hunters conclude their series on Thursday at 7:05 p.m. at Truist Point.  The game is High Point’s Christmas in July game with fans receiving free admission if they bring three or more non-perishable food items to the game.  The food benefits the Salvation Army’s food drive and is presented by Old Dominion Freight Line.

Cardullo’s home run was his 27th as a Rocker, tying the franchise record co-held by Richie Shaffer.

James McOwen had a rarity with two sacrifice flies in the game.  The Rockers had three sac flies on the night.