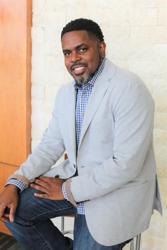 (July 28, 2020, Gastonia, NC) – The Atlantic League of Professional Baseball (ALPB) announced today it is expanding to the City of Gastonia with a team ownership group led by Brandon Bellamy, CEO of Velocity Companies, Inc. Gastonia becomes the second Atlantic League location in North Carolina, joining High Point, where the Rockers began play in 2019.

“We are delighted to bring Atlantic League baseball to Gastonia, a city that has shown tremendous ingenuity and resolve, particularly in the midst of the COVID-19 pandemic,” said ALPB President Rick White. “Under Mr. Bellamy’s ownership, this club and the ALPB will provide the community with best-in-class baseball and exceptional entertainment for years to come.”

Sitting just under 100 miles away from High Point, down the I-85 corridor, the Gastonia club instantly becomes a geographic rival to the Rockers for state bragging rights, a competition the Rockers welcome: “The High Point Rockers are thrilled to have a neighbor in the Atlantic League and Gastonia will be a welcomed addition” said Rockers President Pete Fisch. “We look forward in developing a heated rivalry over the coming years.”

In partnership with the City of Gastonia, Bellamy and The Velocity Companies will collaborate on economic development projects tied to the ballpark, which are expected to include residential, retail, hotel, and office space properties, a potential $100M investment opportunity for the City.

“When we learned of this incredible project, we realized it was an opportunity not just to own a team but also to connect with a community that deserves to be showcased,” said Bellamy. “The City of Gastonia has a strong entrepreneurial history, and we are excited to be a part of its continued growth. We look forward to becoming a good neighbor and making a lasting impact in Gastonia.”

The city’s 5,000-seat multi-use ballpark, which will be managed by the team, is under construction according to Atlantic League facility specifications and will host family-friendly programming, provide an intimate fan experience with sports and innovative gatherings, and offer a unique field configuration. The venue will serve as a community recreational asset open to all for its inaugural season in 2021, offering year-round access, anchored by ALPB play, plus entertainment events, community-based sports, and recreational activities. It will function as the centerpiece of the Franklin Urban Sports and Entertainment (FUSE) development, a transformative redevelopment project for the City of Gastonia.

“We are excited to have Mr. Bellamy join us in our continued efforts to create a great place that our community can be proud of," said Gastonia’s Mayor Walker Reid, III. “This is a milestone for our city and an example of how economic development partnerships invigorate a community and prove to be mutually beneficial for all parties.”

City Manager Michael Peoples added, “This project required all of us to think outside of the box and work together for the City’s future. We look forward to continuing our partnership with Mr. Bellamy and the Atlantic League as we reimagine what Gastonia is capable of achieving.”

About the Atlantic League of Professional Baseball (ALPB)
With eight teams in the Mid-Atlantic and Texas, the ALPB is a leader in baseball innovation and a player gateway to Major League Baseball. Through its exclusive partnership with MLB, the Atlantic League tests Major League Baseball rules and equipment initiatives. The Atlantic League has sent more than 950 players to MLB organizations while drawing more than 42 million fans to its affordable, family-friendly ballparks throughout its 23-year history. For more information, please visit AtlanticLeague.com.

About Brandon Bellamy
Brandon Bellamy is a passionate and purpose-driven real estate entrepreneur and currently serves as the Chief Executive Officer of The Velocity Companies. Over the past 30 years, Mr. Bellamy has excelled in real estate investment, real estate development, and private fund management. Mr. Bellamy couples a unique knowledge of market-rate and affordable housing development and a superior understanding of financial engineering to impact existing and developing communities. During his tenure at The Velocity Companies, the firm has developed and consulted on projects located in the Mid-Atlantic and the Carolinas with an aggregate asset value exceeding $500 million. For more information, please visit www.thevelocitycompanies.com.

About the City of Gastonia
Gastonia, NC, just minutes west of Charlotte, is one of the area’s best places to live and work with an ideal combination of location, size, and livability. Gastonia is the largest of Gaston County’s 15 municipalities and one of the largest cities in the Charlotte metropolitan area. Selected as an All-America City three times, Gastonia’s desirable quality of life is the result of its beautiful natural surroundings, friendly neighborhoods, responsive government, and vibrant business environment.