Reliever Had Dominant 2019 Across Two Leagues 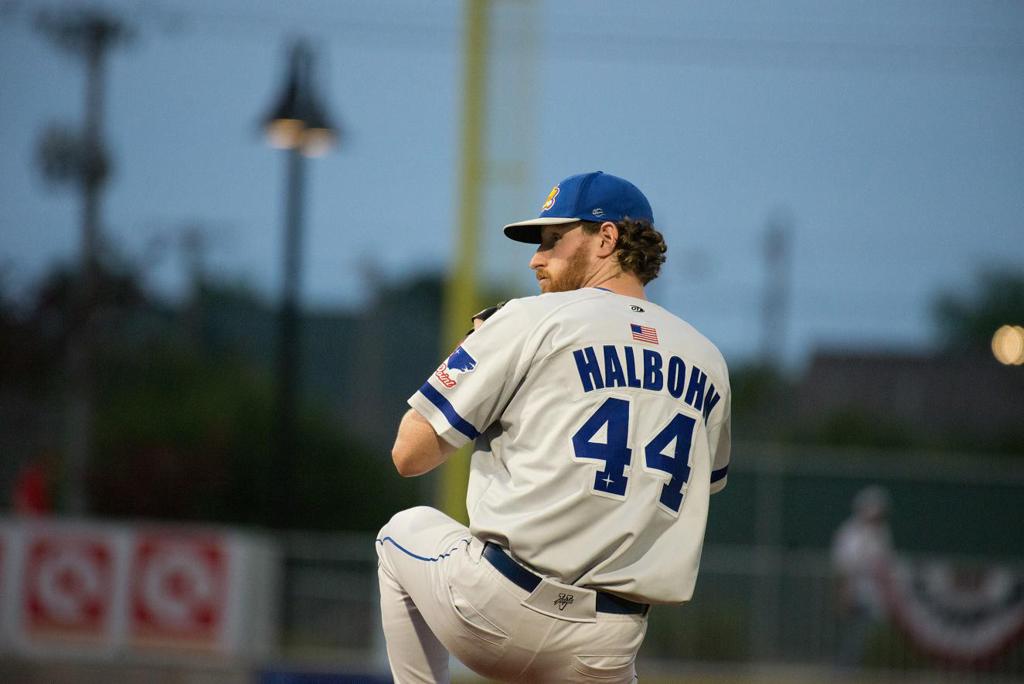 HIGH POINT, NC – Relief pitcher Kyle Halbohn has re-signed with the High Point Rockers. A member of the Rockers bullpen for a part of the 2019 season, he also put together a dominant stint as the closer of the Chicago Dogs of the American Association.

With High Point, Halbohn appeared in 15 games with a stellar 1.89 ERA, striking out 16 batters in 19 innings. With Chicago, he assumed the closer role and responded with a 1.98 ERA in 36 games while notching 14 saves. That save total marked his highest in a season since recording 10 saves at Belmont Abbey College in 2016.

Halbohn’s affiliated ball experience began in 2016 where he went 0-3 with a solid 3.54 ERA for the New York Yankees’ Gulf Coast League team. He then joined the Los Angeles Angels organization, reaching High-A Inland Empire in 2018.

Halbohn brings high strikeout rates and low home-run rates to BB&T Point, both of which have contributed immensely to his success last year. For his career, he allows a miniscule HR/9 Innings rate of just 0.3 while averaging over a strikeout per inning. But as he showed, his skills play well in any inning he is called upon. As Rockers skipper Jamie Keefe said: “His experience as a late inning guy will help us in the late innings, but he can be used in any role we see fit.”

High Point Baseball aka the High Point Rockers began their inaugural season in the Atlantic League in 2019 with their home opener on May 2, in a brand new approximately $36M downtown ballpark named BB&T Point. Enhancing the rich baseball history in North Carolina, High Point Baseball is part of the fastest growing family sport in America. High Point Baseball is committed to providing superior customer service and quality, affordable family entertainment experiences for the Triad of North Carolina. With seven players having their contract purchased and earning the 2019 Ballpark of the Year as well as Mascot of the Year (HYPE, The Rocking Horse), the High Point Rockers have built a fun and competitive atmosphere in both High Point and the Atlantic League.

With eight teams in the Mid-Atlantic and Texas, the ALPB is a leader in baseball innovation and a player gateway to Major League Baseball. Through its exclusive partnership with MLB, the Atlantic League tests Major League Baseball rules and equipment initiatives. The Atlantic League has sent more than 950 players to MLB organizations while drawing more than 42 million fans to its affordable, family-friendly ballparks throughout its 23-year history. For more information, please visit www.AtlanticLeague.com