The High Point Rockers will open their inaugural season tomorrow, Friday, April 26th at Clipper Magazine Stadium to take on the Lancaster Barnstormers at 7PM with the first game in franchise history. Manager Jamie Keefe and his coaching staff announced this week the 27-man roster that will take the field for this historic first game, including eight with Major League time on their resume.

Fans will be able to listen to the historic first game by heading to Spreaker.com. Assistant General Manager, Christian Heimall, will be providing live play-by-play for fans back home in High Point.

Live video and stats will be available by visiting the Lancaster Barnstormers website.

“It’s go time,” exclaimed Rockers Manager, Jamie Keefe. “After months of signing players and a nine-day assessment, we are ready to play some baseball and have been for quite some time.” 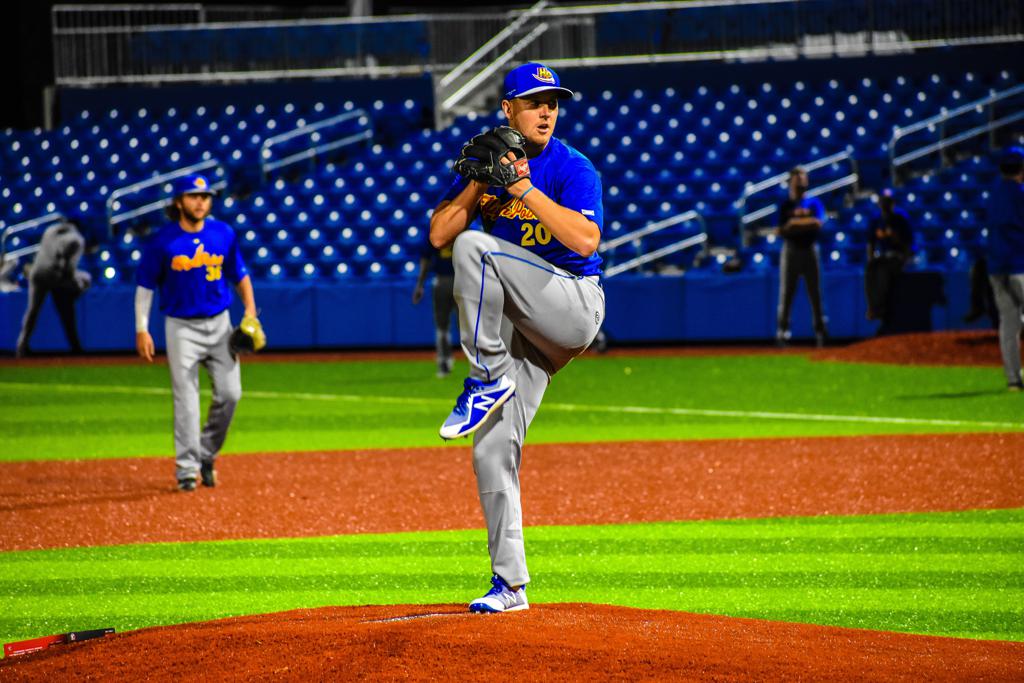 High Point’s staff will feature 13 different arms, including four former big-leaguers, all of whom will get to learn from Cy Young award winner Frank Viola. When the Rockers first take the field, Matt Sergey will get the ball in the historic opener, followed by former MLB hurler Seth Maness. Sergey, who pitched for the reigning Atlantic League champions, the Sugar Land Skeeters, in 2018 was the first player ever signed in franchise history while Maness was the first player with Major League time to sign in High Point. Both will be looking to set the foundation for a talented stable of pitchers.

The third starter in the rotation is Winston-Salem native Seth Simmons, who was college teammates with Maness at East Carolina University. The righty has spent most of his career in Triple-A, pitching for the El Paso Chihuahuas in the San Diego Padres system in 2018. Paul Clemens, who reached the Majors with the Padres in 2016, is slated as the #4 starter for High Point while Joe Van Meter rounds out the starting rotation. Both pitched in the Atlantic League last season with Clemens starting for Southern Maryland and Van Meter toeing the rubber for the York Revolution.

In the bullpen, the Rockers will have plenty of choices as former Major Leaguers Ashur Tolliver and Akeel Morris lie in wait as relievers. They are joined by veterans Sam Runion, Nick Sarianides, Kyle Halbohn, Chase Huchingson and Nicco Blank with Trevor Frank who looks to be the Rockers closer to start the season. Huchingson and Tolliver are the lone southpaws in the bullpen.

“Our faithful five starters all have a ton of experience,” noted Keefe. “With Trevor as our closer, our two lefties, and our overall talent we feel we can pitch a number of these guys in any situation.”

The Rockers will begin the season with two main catchers in Brett Austin and Myles Schroder. Both have extensive time in Triple-A over their careers. Austin, a North Carolina native who played collegiately at North Carolina State, has spent his entire career in the Chicago White Sox organization. In 2018 he spent the year in Triple-A Charlotte before opting to sign with the Rockers. Schroder, who can also play the corner infield spots, played for the Sacramento River Cats, Triple-A affiliate for the San Francisco Giants in 2018.

“These guys are two very knowledgeable veterans behind the plate,” Keefe said. “They will be my eyes and ears on the field and we feel very fortunate to have both of them on our roster.” 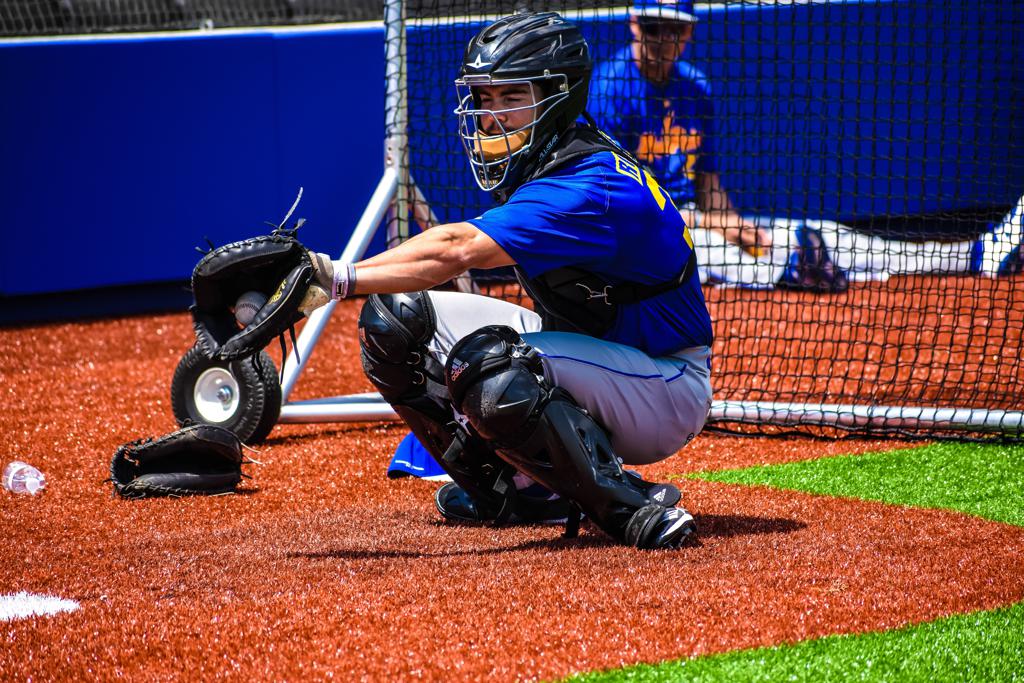 Maybe the most athletic part of the team lies within the infield. Having already seen one player, Jesmuel Valentin, get his contract purchased by a Major League organization, it will not come as any shock to see more High Point infielders end up back in affiliated baseball.

“Well, we have nine players on our roster that have played shortstop professionally,” remarked Keefe, who begins his first season in the Atlantic League after spending the last six years in the Can-Am with the Rockland Boulders. “Our athleticism will be shown all over the field no matter the lineup we put out there.” 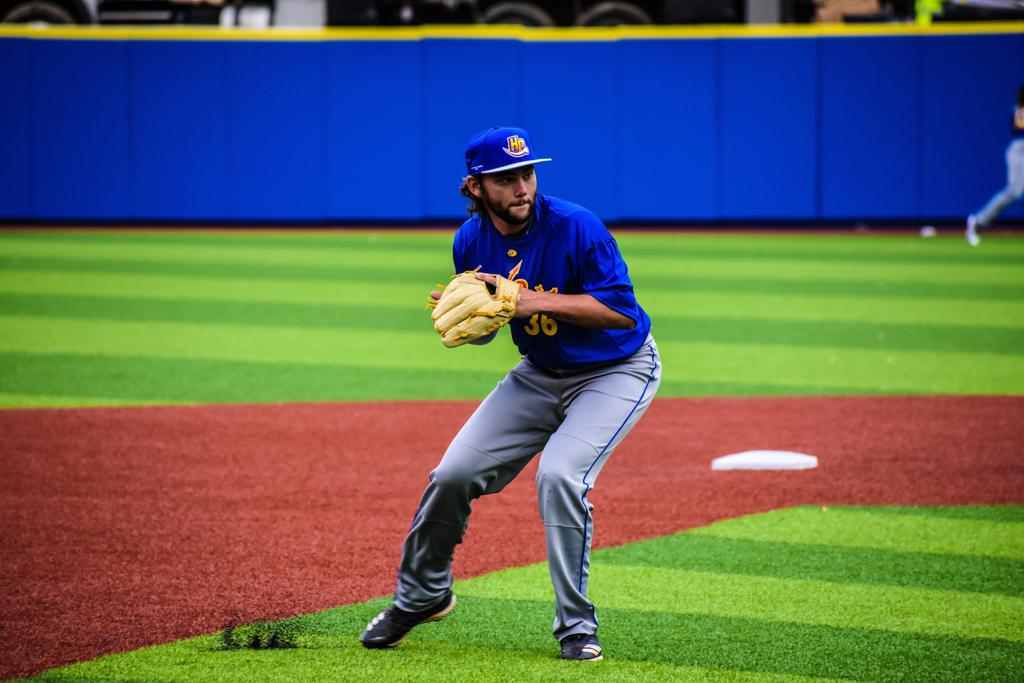 The ultra-talented group includes former big-leaguers Richie Shaffer, Tyler Ladendorf, Hector Gomez, and Stephen Cardullo. They join Shane Opitz, who was in Triple-A last season with Milwaukee, as well as corner infielders Josh Mazzola and Dante Bichette, Jr. Rounding out the infielders are Giovanny Alfonzo, a former Greensboro Grasshopper who had the best year of his career in the Atlantic League in 2017 as a member of the Long Island Ducks and Michael Baca, who also has Atlantic League experience playing for the New Britain Bees in 2017.

Roaming the outfield for the Rockers will be several highly talented players, including some infielders like Cardullo, Ladendorf, and Mazzola. Both Cardullo and Ladendorf have played outfield in the MLB with Mazzola also having experience in the corner outfield during his career.

“We are very athletic in the outfield, too,” Keefe mentioned. “To be able to supplement our natural outfielders with some of the infielders we have, it’s going to present some exciting opportunities for us.

The majority of the games will feature Breland Almadova, Quincy Latimore, and Kalian Sams in the outfield for High Point. Almadova set a Can-Am League record for stolen bases last season with the Sussex County Miners and can also play first base if needed. A North Carolina native, Latimore spent last season playing in the Mexican League and has reached as high as Triple-A in his career. Sams will begin the season on the inactive list but the native of The Netherlands will be a mainstay in the lineup for High Point with his strong pedigree at the plate. A member of the Dutch National Team, he spent the last few seasons with the Quebec Capitals of the Can-Am League. 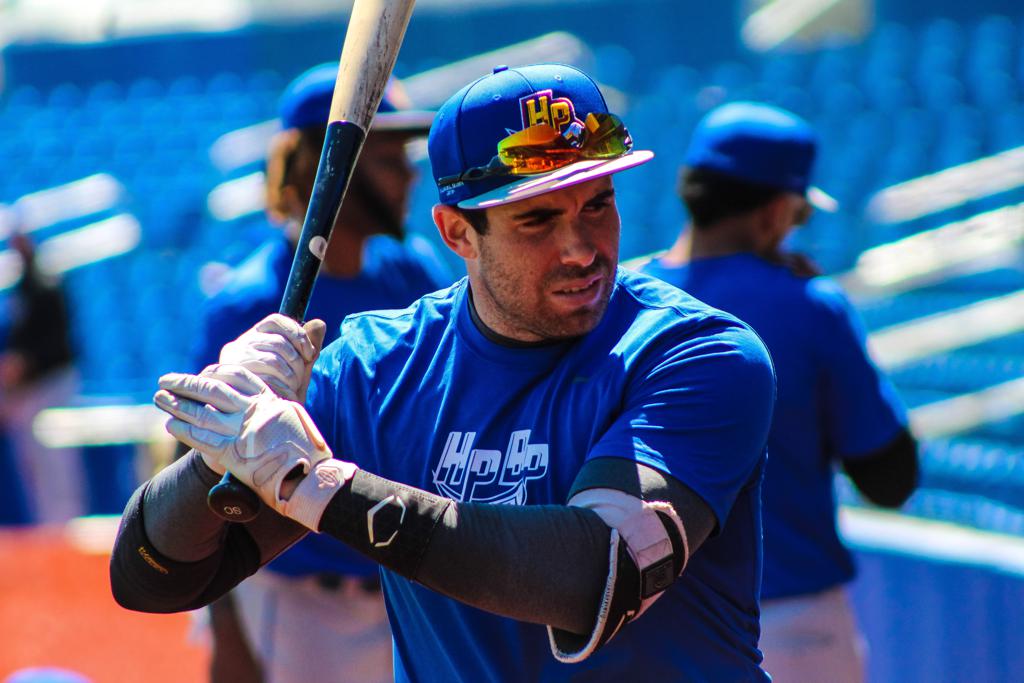 High Point will begin it’s first-ever season with a three-game series against the Lancaster Barnstormers beginning on Friday. Following that trip, they will face-off with the Somerset Patriots in Somerset, New Jersey for three more games (April 29th - May 1st) before returning to High Point for their historic home Opening Weekend.

The Rockers will host defending champion Sugar Land for four games (May 2nd – May 5th) at the brand-new BB&T Point in downtown High Point. All four games feature excitement and fun with Fireworks each of the first three nights including 80’s Night with a post-game performance from “Kids in America” on May 3rd, Star Wars Night, benefitting The Grown Ups Benefit on May 4th, and the first-ever Family Funday, presented by Bethany Medical Center, with pre-game autographs and a post-game kids run the bases on May 5th. Tickets are still available for each game by sliding to HighPointRockers.com, calling (336) 888-1000 or by visiting the team office at 214 Lindsay Street.