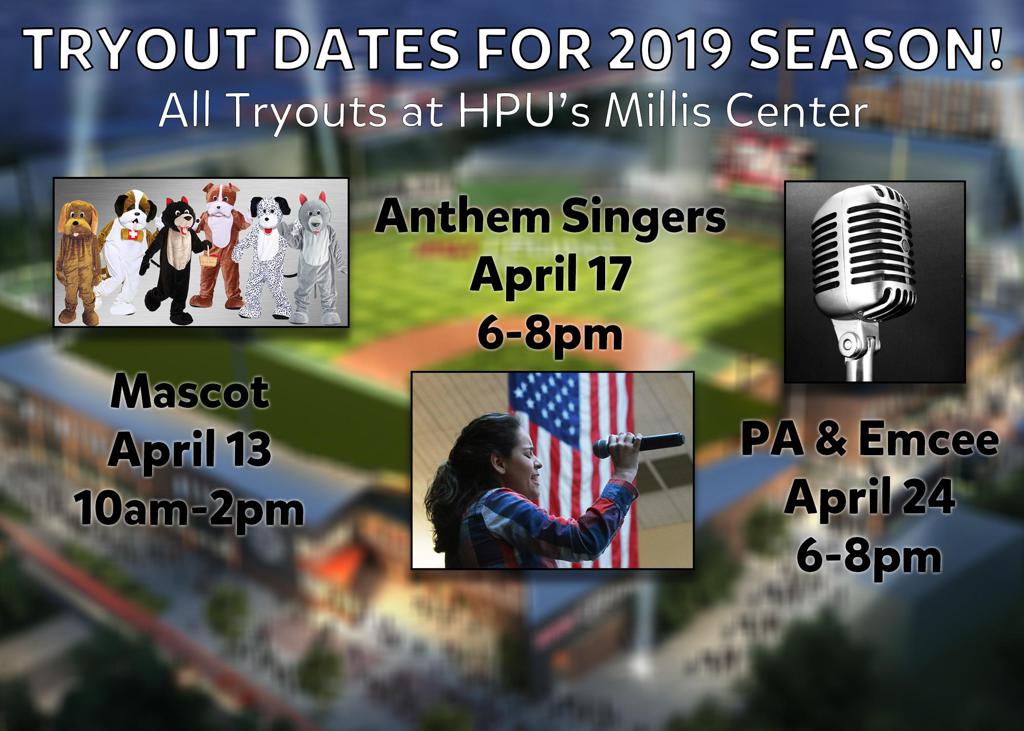 - All tryouts to take place at HPU's Millis Center

Email us your video audition to jobs@highpointrockers.com!

Want to be a part of the 2019 High Point Rockers season?! Audition to be a seasonal cast member of National Anthem singer!

All auditions will be held at HPU's Millis Center and will be conducted on a first come first serve basis. Those who are unable to attend may send video auditions to jobs@highpointrockers.com.