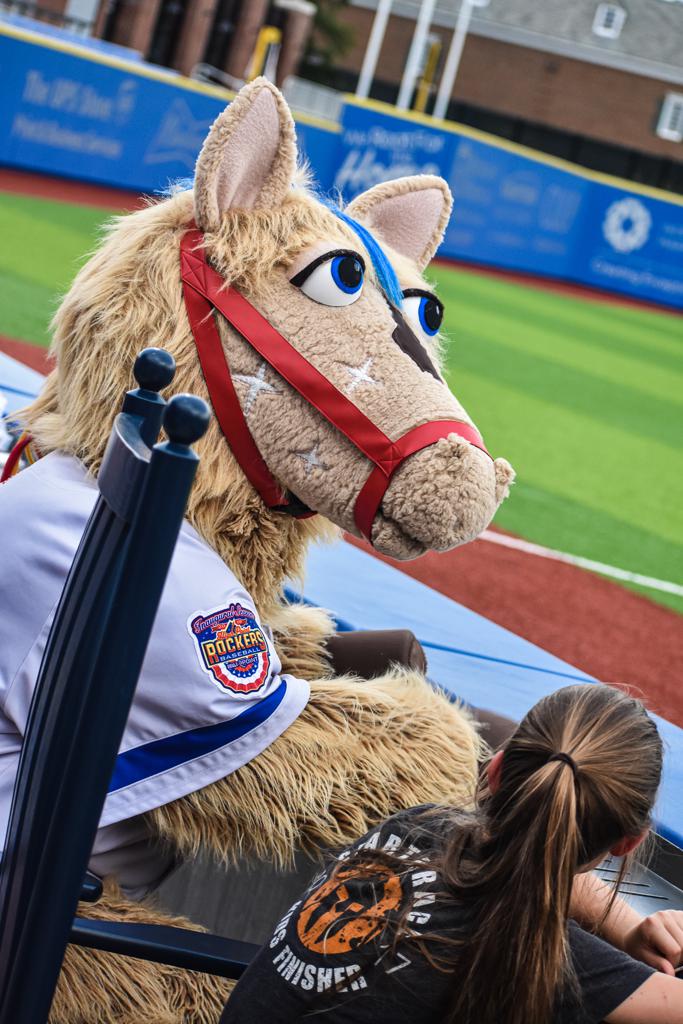 On May 2nd, 2019 in front of a packed BB&T Point, now Truist Point, we learned the name of this beloved horse: HYPE!

Throughout the Rockers' Inaugural Season, we learned just who HYPE was: a fun, wacky, loveable character who tends to find himself horsin' around.

HYPE is trying to be a runner, practicing every home game in our Guilford Basics Mascot Race...he doesn't have the best of luck. HYPE makes a ton of friends each season and is always looking to make many more!

Print out one of the below pictures and color with HYPE! Submit your finished picture with your name and age for a chance to meet HYPE and throw out the first pitch at a Rockers game!

You can also mail them to: 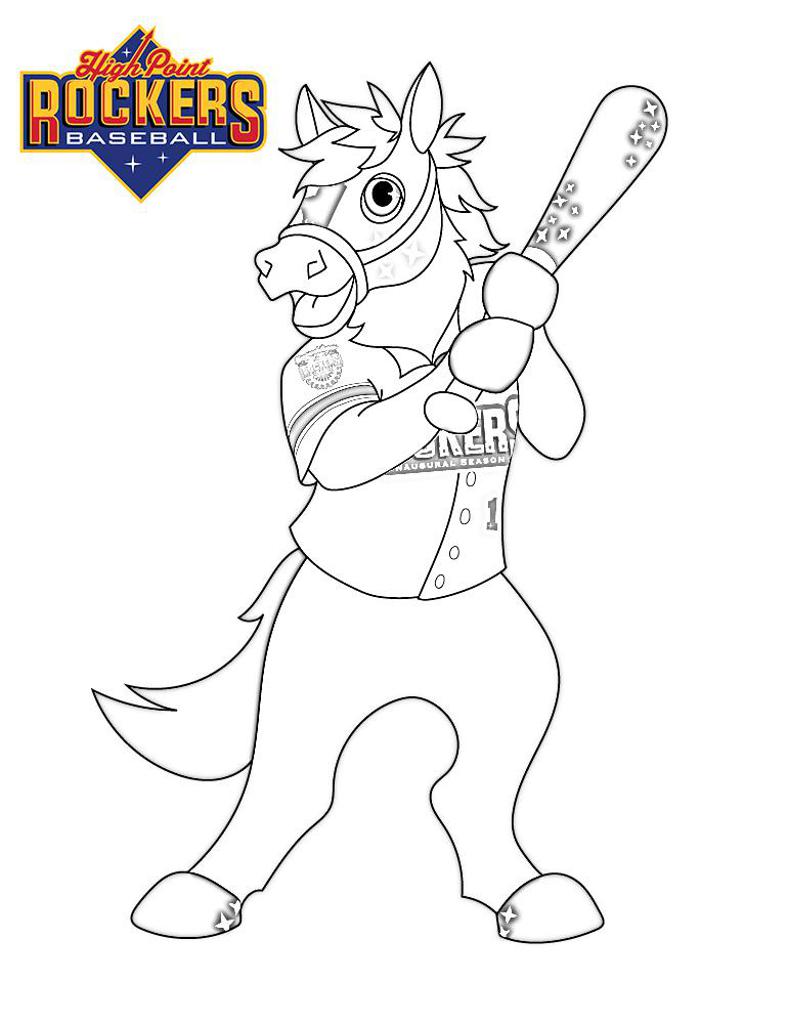 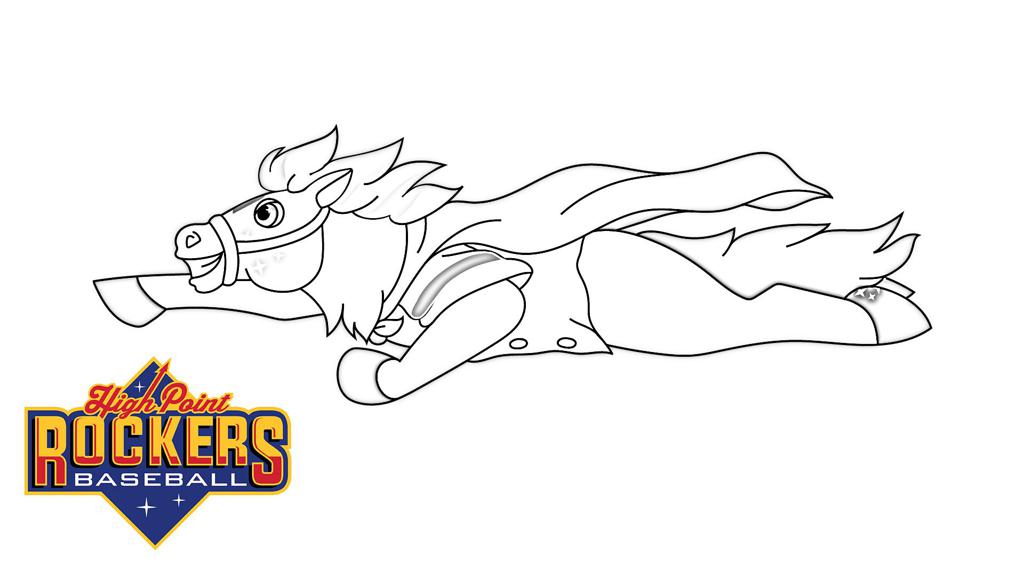 As a young foal, HYPE felt out of place in its herd, and it felt as if its calling was elsewhere. HYPE knew that it was unique, as it was the only one in their herd with 12 twinkle-like birthmarks scattered across its face and hooves. While migrating across Wyoming and Montana, with its heard HYPE kept searching for its true calling.

One day a family traveling cross-country stopped alongside the road to admire the large herd. One of the children in the family, seeing this unique horse cried out “hey look at that very special horse, it has twinkle-stars and a North Carolina patch on its face!” From that moment on HYPE knew its destiny lied in a place called North Carolina. Our very special foal, HYPE left the herd.

Trusting its instincts, the HYPE headed towards the rising sun through fields, mountains, and cities, HYPE set out across the vast open land. Its travels alone took the little foal trotting the bases of the Field of Dreams in Iowa and prancing through the Rock N Roll Hall of Fame in Cleveland, both of which instilled great passions.

Traveling further South to escape the cold Northeast winter, HYPE heard the rumbling of machinery and clanging of cranes off in the distance. What could it be but a new baseball stadium and team? Yes indeed! The calling now had a destination, baseball and Rockers fans in the state called North Carolina, the 12th State in the Union, the same number of twinkle-like birthmarks across its body. Our very special foal had found its new herd.

Being officially adopted by the High Point Rockers is giving HYPE's life new meaning and purpose in cheering on the team and fans and creating a new home to reign! 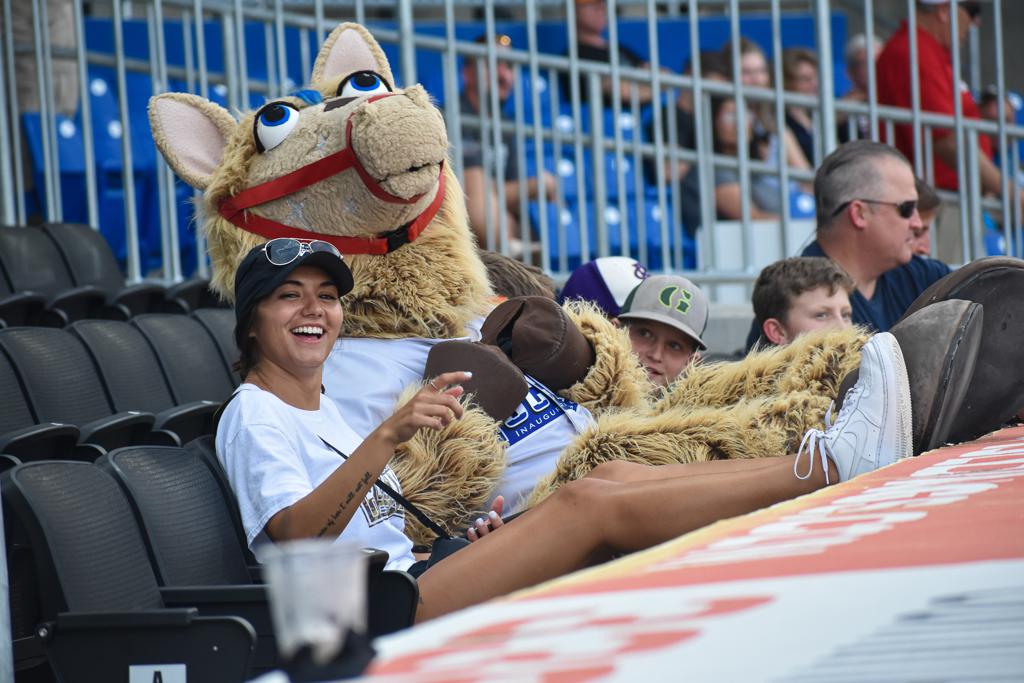